Draymond Green: On allowing his character to be attacked

The 2016 NBA Playoffs Final between the Golden State Warriors and Cleveland Cavaliers couldn’t have been scripted any better than the real thing played out. Golden State, with a record 73 regular-season victories and comparisons to the all-time great teams in NBA history, jumps out to a 3-1 lead.

No team in 32 tries had ever come all the way back from being down 3-1 to win the NBA Finals. That is, until 2016 when the Cavs fought back and defeated the Warriors to win the championship. The prodigal son, LeBron James, fulfills his promise to bring an NBA championship to his hometown and delivered Cleveland its first professional championship in 52 years.

The NBA… Where amazing happens!

All the histrionics aside, one thing – or person – stood out to me above all else; once the confetti settled: Draymond Green. And, it’s probably not for the reason(s) you might think…

“Sports do not build character. They reveal it.”

That quote, uttered by none other than John Wooden, has never been more fitting when you consider one of the key storylines in this playoff series.

With a 3-1 lead, Draymond Green was suspended for Game 5 of the NBA Finals. Many critics insist that Draymond’s suspension gave the Cavs the window of opportunity they needed and shifted momentum in Cleveland’s favour.

Green’s character was called into question. Opportunists from different sides flocked around; building a case based on Green’s “track record”.

Was It The Right Decision?

Did the NBA make the right decision in suspending Green? That’s not important to me. 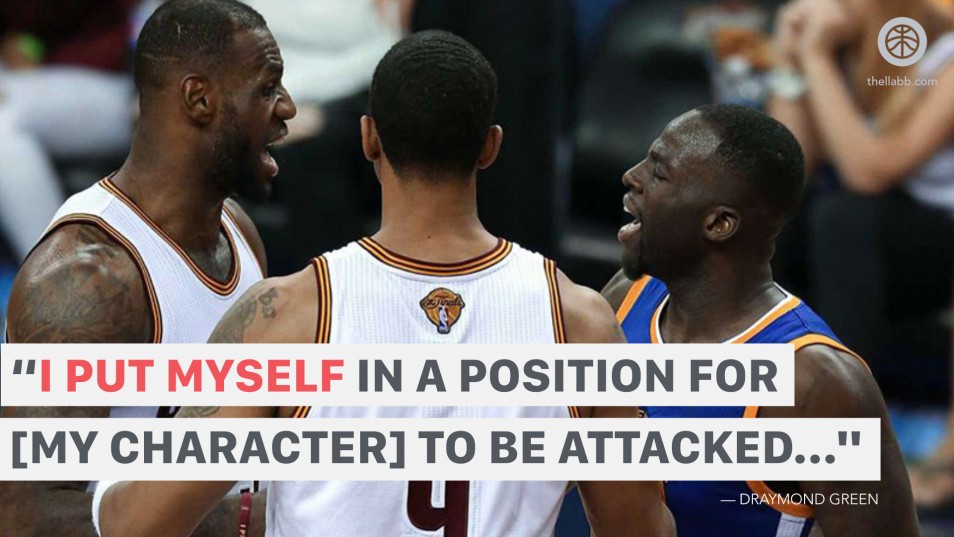 On being suspended from Game 5 of NBA playoffs:

I’m over the fact of what I did because I’ve learned from that mistake. I’m not over the loss … It’ll sting for awhile, but it’s fuel.”

In an age where it’s becoming increasingly more difficult to find examples – in professional sports – of character revealed, this is a shining example of what it looks like to take ownership of your mistakes and take responsibility for being better moving forward.

Hats off to you Big Fella. My hat is off.

Dear NBA: This is why we COACH…!