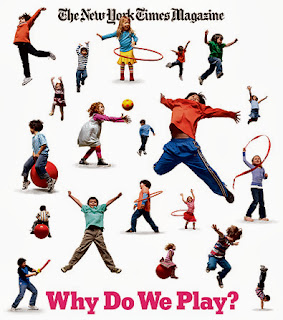 4:55am… up early with the wheels spinning. Ideas abound.

I wasn’t going to share this one, but after chatting with some friends recently, I thought “Why not!?”

I can’t sleep anyway, so consider this my late night (or early morning) ‘message in a bottle’ that I’m tossing out to whomever may be interested. I should say too, though, if you enjoyed the proddings from A Nation of Wimps, which I shared in a previous post on the Basketball Ontario Development Forum, then you might like the ride this article takes you on too.

I was going to attempt to summarize the premise for the article, but the author’s words are more fitting:

“Discussions about play force us to reckon with our underlying ideas about childhood, sex differences, creativity and success. Do boys play differently than girls? Are children being damaged by staring at computer screens and video games? Are they missing something when fantasy play is populated with characters from Hollywood’s imagination and not their own? Most of these issues are too vast to be addressed by a single field of study (let alone a magazine article). But the growing science of play does have much to add to the conversation. Armed with research grounded in evolutionary biology and experimental neuroscience, some scientists have shown themselves eager — at times perhaps a little too eager — to promote a scientific argument for play. They have spent the past few decades learning how and why play evolved in animals, generating insights that can inform our understanding of its evolution in humans too. They are studying, from an evolutionary perspective, to what extent play is a luxury that can be dispensed with when there are too many other competing claims on the growing brain, and to what extent it is central to how that brain grows in the first place.”

Be warned… this one is a long one. I’m still chipping away at it myself.

I found it very surprising that I got quite defensive as I was reading this article.

Why? Well, those who didn’t support the validity of play seemed to question the very foundation of my beliefs on the value of sport.

I had to remind myself about Ben Zander’s “Rule Six: Don’t Take Yourself Too Seriously.”