Big shout out to everyone from Novi Sad, Serbia!

It’s Day 3 of my journey and my first opportunity to really get online and bang out some thoughts in theLLaBB. I’ve learned so much, and met so many, in such a short period of time, that I’m really excited about the coming 2 1/2 weeks.

[Lesson 1 – Wake early to use the internet cafe in the hotel during an international basketball tournament. A universal truth of being an athlete is that none of them enjoy operating a full capacity at the early-bird hour. You’d have better luck prying a bone from a hungry rabid dog, than getting these guys to move from in front of a computer any time before 30-secs to their curfew. This convenient truth, seems to transcend all countries and cultures!]

Much of what I’ve picked up to-date has come in small chunks of information from various sources. So, instead of worrying about being grammatically correct and synthesizing my ideas in wonderfully scripted paragraphs (I’ll pass on that!), I’ll give ’em to you in small chunks as I’ve written them in my basketball notebook.

Take what you like, shake it up with your existing coaching/teaching philosophy and see what sticks. I’m doing the same on my end.

When Do You Break Out Of Your Set Offense? 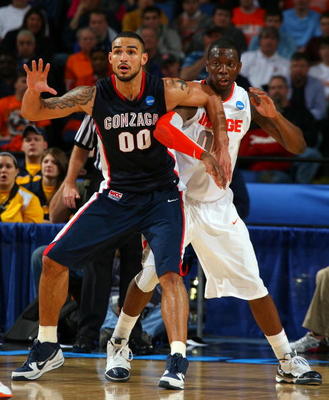 This nugget, as will be many (…most) going forward, come to me from Master (Mike) MacKay. He, in turn, credits this thought to Don McCrae (former Canadian Senior Women’s National Team coach). Enough of the credits… now for the thought.

So much of I’ve observed here at the U19 Men’s World Championships, is based on each country’s individual style of play. So far I’ve seen USA, Brazil, Serbia, France, Australia, Argentina, Mali, Puerto Rico and, of course, Canada. And, like a fingerprint, there are some similarities between some countries, but there are some distinct difference with some countries subscribing to drastically different philosophies of attack. Each country’s style has its own unique flavour.

[I’ll get into ‘style of play’ commentary in a later post. I digress…]

Teams at this level are so good defensively, that although so much of what you do is framed within ‘sets,’ at some point with the depth of scouting that takes place, you must allow for decision making to take place at the level of the athlete.

So, this begs the question: When do you break out of a pattern or set offense?

The thought, as given to me, is:

I really enjoyed this idea as no one had spelled it out to me like that previously. When these situations occur, those are the opportunity breaks for your team to attack outside of the pattern or set. With a 24-sec shot clock, you’re forced to seize these moments to score for yourself or create an opportunity for a teammate.

[UPDATE: I’ll add one more instance to break out of your stuff… when your primary/secondary scorer has a mismatch—in their scoring area!]

Now, with this thought in mind, it’s important to teach decision-making and ‘reads’ by your athletes. Basketball is not an equal opportunity game; and as such, kids need to be taught to recognize WHAT a “bad” close out looks like, and HOW to attack it. It’s not the same for each kid. (I offer a word of caution here too because you must allow young athletes the opportunity to experiment with all the reads and young ages… you can’t say Player-A is not going to be a shooter at 11, but Player-B will…).

By example, a bad close out for a shooter would be when the defender is late or gaps them with hands down. (I can hear many a Raptors’ player saying in practice: “Hands down, man down!”) Or, for a slasher/penetrator, a defender who closes hard on the high side or low side.

All of these are visual cues that can be taught in any practice setting at any level.

Curious? What’s your opinion? How do you or your players know that it’s time to break out of your stuff?