Do You Motivate? Or, Inspire? 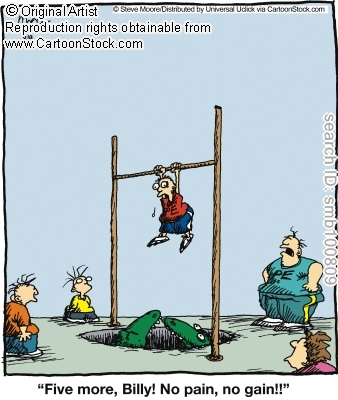 Okay… I’m getting way off track here by writing this post as I’m supposed to be working on my practice plan for a basketball session I’m doing next week. But, in the process I’m hope writing this lends clarity to my thoughts.

Recently at a PGC Basketball session I did in Pensacola, Florida, we held an off-court training session for the observing basketball coaches. (Very fruitful conversations, I might add). In it, a coach asked what I do to motivate athletes.

Something to the effect… “I don’t feel it’s my job to motivate an athlete… (blah, blah, blah).”

Honestly, I don’t feel that that is my job. And, I say that within the context of each of different the teacher-coach hats that I wear. To digress, I think if I was working in estranged or marginalized communities where there was overwhelming history of disenfranchisement and hopelessness, I might look differently at this issue.

But recently, for the most part, I’ve been working with athletes that have ambitious visions for themselves and are “willing to do what it takes.” They claim to want to be high(er) performers. With that type of a stated drive, to me, the motivation falls on the owner of the vision.

Within that context, I don’t think that my job is to ‘motivate.’

Shed light… sure. Expose them to… more likely. Push… most accurately. Educate and give focus to their effort… definitely.

Well, coming out of that coach’s meeting, a friend, William, said something to me afterwards that gave rise for me to break open the dictionary and really evaluate the difference between “motivating” and “inspiring.”

I enjoy words. (My mother and grandmother would be very proud!) Here goes…

Inspire = To fill (someone) with the urge or ability to do or feel something; to create (a feeling, esp. a positive one) in a person.

In reading these definitions through, I’ve graduated to the point where I understand that what I can do is provide inspiration. That is, to allow someone to feel that they are capable of more than what they are doing currently. To expose them to a different path.

The drive to commit to a new plan of action, still, I think, falls on the athlete.

As a performance coach, I know that I wouldn’t want to have a kid on my team that continually needed to be motivated. They’d be high maintenance. And, if I was spending all my time on a group of those types of kids, then I doubt the other important jobs of creating a winning program would be tended to. The kid that I’d recruit would be the one where the motivation came from within themselves.

I know that I’d have to help them revisit their dream. But, I don’t believe I should be continually providing the reason for the early wake-ups, long bus rides, sore muscles and two-a-days.

[ Athletes, if you’re reading this… that’s the kind of athlete that a good coach is looking for. One that is self-motivated and resilient. ]

If you’ve been watching the NBA playoffs these past few years and even the WNBA, you’ll see what amounts to an unprecedented amount of television access to coaches and the locker rooms. Someone commented to me the other day how “unimpressive” the coach’s motivational talks are during half time.

Yeah… they’re right. Having been in quite a few NBA dressing rooms over the years, they are pretty dry and matter of fact. I thought the same thing after sitting in on my first bunch.

When you give it thought though, you realize that these guys are professionals. It’s their job to be ready to perform optimally each day.

There are 82 regular season games and about 100 games for teams that go the distance. Imagine for a moment that over the course of 6-9 months getting 80-100 rah-rah, win-one-for-the-gipper type pep talks.

Actually, now that I think about it, there’s more of a multiplier here – of about 2-3x – on those talks as I left out pre-game, post-game and even practices. That’s a lot of “motivation.” Even Anthony Robbins, I’d venture to guess, would find it getting old, quickly.

I was once told that George Karl said that in the NBA you probably have about 10 times in a season that you can blow up on your team and run them through the ringer before they tune you out. I’d say you have about the same amount of tether on the positive side of the equation.

Alright… I’ve got to go motivate myself to get back and prepare my lecture notes. I could really use a pep talk right now.  😉

What do you think? Am I arguing semantics here? What is the role of a teacher-coach when it comes to motivating or inspiring?

Next Article Go Beyond Teaching To The Test
Previous Article "Point Guard"... When Was It Coined? And, By Who?
Posted on June 11, 2008 | Vault: Coaching Styles, Motivational, Team Selection Tagged Anthony Robbins, Motivational, NBA, Perspective, WNBA