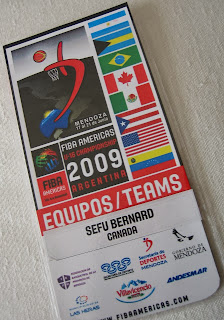 This is my first post in a while. I know, I know…. It’s for good reason.

I’ve truly been living the nomadic life as these past 3-weeks. Home is where ever I take off my socks for the night. (Actually, there was a few nights at University of Central Missouri two weeks ago when the socks didn’t come off because it was so cold!).

It’s been bonkers… to say the least. But, I’m truly grateful for it all and have been having a blast along the way.

Last week, was my first PGC session of the summer. It was the first time partnering back up with Mano Watsa since our days of running Point Guard Academy in Canada. Loved it!

To add icing to the cake, Rick Torbett of Better Basketball, sat in on the week and I thoroughly enjoyed talking hoops with him. He’s a teacher-coach who’s a lifelong learner. (Thanks for the time and all the basketball insights, Coach Torbett!)

And, within 26-hours of finishing up that session, I landed in Mendoza, Argentina. This was a return trip for me as I was last here on “vacation” in December when we stayed in B’s and A’s. This time round, I’m here with Canada Basketball for the FIBA Americas inaugural U16 World Qualifying Tournament. (The top three teams from this tournament move on to compete in the 2010 World Championship).

Mendoza is quite different from Buenos Aires. It’s in the middle of the dessert, more humble and restrained of a city. I did, though, experience a little déjà vu yesterday when I got dropped off. You see, we’re staying at a beautiful 4-star hotel that’s been dropped right in the middle of what I’ve now learned is called the “red district.” (No similarities to Amsterdam!).

My taxi driver, when he dropped me off, started speaking in Spanish frantically waving his hands while doing so. “No comprendo,” is all I could say. Then he said something that I knew sounded familiar, but I couldn’t place the word: “peligroso.”

It took me a few seconds, but then the recollection slapped me in the face. The last time I heard that word was in La Boca (just outside Buenos Aires) when we were about to turn down the wrong road and the wrong time and this woman vehemently warned us against it.

Peligroso. It came back to me… dangerous!

They put us in da hood. I was just glad it wasn’t midnight… cause you don’t want to be in the hood at midnight – anywhere in this world! (Universal PGC-ism.)

I missed out on the first three tournament games on Day 1 as I was traveling, but I did manage to catch the opening ceremonies which took place right before the final game between Argentina and the Bahamas. Canada won their game against Mexico by 40+ points which was positive news.

Day 2 of the tourney wrapped up a few hours ago. It was an early rise and off to Walmart. Yup, that place with the greeters. Same as back home except the greeters say “Buenos Dias!”

We needed food for the boys as the hotel was feeding them by the plate as opposed to buffet. These kids are way too big for portioned sizes made for the average population. So, we bought bundles of bananas, lots of oranges, granola bars, juice, and some “PB & J” as comfort food.

From there it was off to the arena from 1:30-10:00pm to watch all the basketball games.

My hope is that our game earlier in the tournament is a reminder to our boys that you can’t sleep on anyone in these types of tournaments. We got up on the Bahamas quite well and they lapsed. Bahamas made a run cutting a 20 point lead down to 7 or 8.

As is par for the course in international tournaments of this caliber, the schedules for the athletes and coaches is pretty hectic as they turn from preparation to performance to recovery and back into a preparation cycle in quick short times frames. 5 games in 5 days! And, in typical FIBA fashion, you’ve got to do your work early as a coaching staff. For our U16 Canadian national team, the coaches had a very short 3-day training camp before flying down for the tournament.

If you’d like to keep up on the results, visit: www.fibaamericas.com or www.basketball.ca.

I’m working to cut some footage to post here and share so others can see the differences in style of play. It’s really interesting; although I must admit the ‘stylistic’ differences are far more noticeable when you contrast North American teams to the Euro and Asian.

I’ve got to get some sleep.