Here’s an insightful peek into the practice philosophy of the NFLs Seattle Seahawks. Head Coach, Pete Carroll, shares some golden nuggets that any coach can benefit from.

The success of any day’s practice starts with the planning, organization and alignment of the coaching staff. You’ve got to be organized to have a great practice.

Affirm What You Want To See

The energy in practice, the type you’d like to play with, should be obvious in your practice. 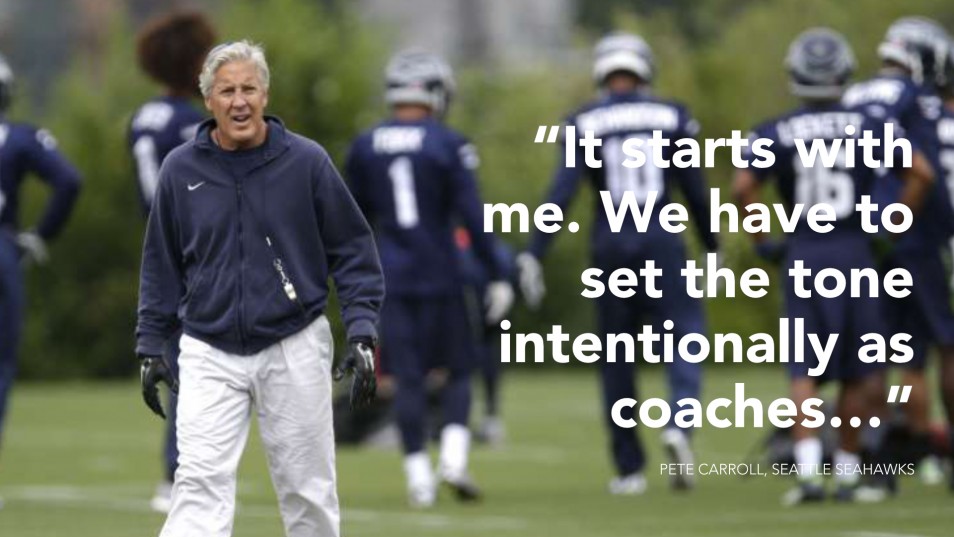 Doug Lemov clearly sums up why this lesson in practice is so powerful and worth modelling:

Be Disciplined And Talk About What You Want To See

“We Don’t Ever Condition”