Unfairness: The Missing Ingredient In The Debate On Toughness

So, I tried something new the other day. I began soliciting feedback on Facebook. I asked the question: What’s your definition of “TOUGHNESS”..? (Felt like I was opening up a Pandora’s Box. Ha!)

Go ahead… chime in. There’s no expiration date on this debate. Vote:

You see, toughness is one of those catch-all buzzwords that gets tossed around by coaches, players, parents and sports analysts. 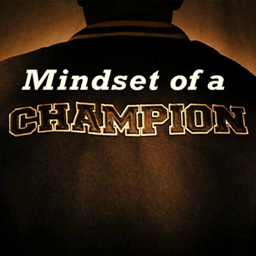 Yet, it’s amazing though, that very few have taken the time to clearly articulate what it is and come up with ways to quantify it.

What does toughness look like? Can it be taught? If so, how? These are the questions that I get excited about wrestling with.

One of the best definitions of toughness I’ve seen comes from Jay Bilas. He gives some specific examples of how one can demonstrate true “toughness” in college basketball; for instance:

There is another defining quality, at least for me, that is characteristic of “tough” players: Tough players don’t want to be treated like everyone else.

That’s right. Welcoming unfairness is one of the most useful principles in the life of any athlete.

Dick DeVenzio, in his book Think Like A Champion, expresses unfairness best…

Tough players do not go through life constantly looking to see if they’re being treated like everyone else. Instead, they make a habit of “responding famously” to whatever treatment that comes their way.

There’s a lot more to ‘toughness’ than what Bilas has articulated, I’m sure. But, DeVenzio has hit the nail on the head as their is a mental resiliency and discipline of thought that precedes any outward action. At its core, that’s the foundation of toughness.

What’s your opinion? How do you describe or define toughness? Do you believe this attribute can be taught or is it innate?