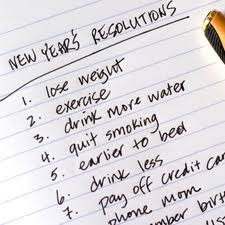 The start of the calendar year is that time of year when it’s common for people to starting crafting bold New Year’s resolutions that are intended to dramatically change the trajectory of their lives.

Well ‘ba-humbug’ to New Year’s resolutions. Yup, I said it.

The notion to me has never really rung true. And, it probably shouldn’t for you too. Let me tell you why…

Startling isn’t it? Disappointing too.

So what now? Do we just curl up and give up on goal setting altogether?

If you answered “No!” to that question, I’d agree with you.

In order to achieve our ambitions, we need specific, measurable, yet realistic ‘stretch’ goals. Without a clearly mapped out plan of attack, we CANNOT move forward in a straight line.

“Cannot” is an absolute. Not typical for the Canadian in me. But, there’s research that backs up that assertion.

You’re Probably Veering Off Course Too

The fact is, we all have a tendency to turn off course and get blinded when we don’t have our eyes set on a specific target. Sometimes, when we think we’re going straight we’re actually veering off course.

Here’s what I propose: Forget ‘New YEAR’ resolutions. Make NEW WEEK RESOLUTIONS . And, back that up with a New DAY’S goals (that support your bigger picture aspiration for the week or month).

Daily intentions are far more impactful than yearly. They allow you to continually course correct as you pursue your ambitions.

In university, I went to see a sports psychologist. Dr. John Corlett is his name. (A world-class professor and teacher, but that’s another post.) In one of our sessions, he asked me: “Sef, how do you eat an elephant?” I remember looking at him dumbfounded. To which he responded: “One bite at a time.”

The intent of a New Year’s resolutions is good. However, life change, progress or whatever one aspires to attain doesn’t typically come in one dramatic swoop of action. It’s like trying to eat an elephant in one sitting. Instead, successfully achieving any worthwhile ‘stretch goal’ comes in small resolute steps consistently taken over a sustained period of time.

If you need a countdown, a ball to drop from the sky, and confetti to fall, no problem. Live your life on a one day “calendar year.” And, every night, 10 seconds before midnight, grab the ones you love and toast to the wonderful opportunities awaiting you in the coming day.

Cheers. Here’s to you. [Imagine me with a big toothy smile and raised glass.]

Next Article How To Retain 90% of Everything You Learn
Previous Article How To Make This Year Your Best (Coaching) Year Yet
Posted on January 5, 2011 | Vault: Goal Setting, Motivational Tagged Goals, Motivational, New Year's Resolutions, New York Times, Video