“It is possible for an athlete to perform well even when poor form is used, but eventually the athlete will experience breakdown, inconsistency, fatigue, soreness, and even injury. It should be the goal of the training program to create efficient movement in the activity. This will conserve energy, keep the athlete relaxed, and allow the athlete to practice more and compete with less stress.

The problem is that poor form may be easier, more familiar, and more comfortable, and it may even seem to take less energy than proper form. Proper form, however, will take far less energy in the long run. Poor form, even if it leads to some initial success, will eventually rob the athlete and cost far more time and effort than what is required to fix the weak links. Poor form can incorporate less overall muscle activity and therefore seem easier, but don’t confuse this feeling with efficiency. Muscles are accustomed to generating the desired movement and maintaining optimal body position. To be efficient, the athlete must fulfill both criteria and then demonstrate the ability to reproduce the activity without a decline in quality. The athlete who understands this will be more efficient and will develop the muscles that were designed to perform the activity.”

Gray Cook, as I’ve learned over the last few years, has been around for some time and is regarded as a leader in the area of functional movement screens and assessments.

So, his words, if only viewed with one set of lens, has application to movement. When applied to the technical development of a basketball player, they also ring true.

For me, his words are a sharp reminder that the process of teaching and skill development is ongoing. Great athletes that I’ve been around are always seeking way to continually improve. And, great teachers are always looking for ways to improve the capabilities of their athletes by  continually laying the ‘foundation for BIGGER future gains.’

WHAT GOT YOU HERE… WON’T GET YOU THERE. 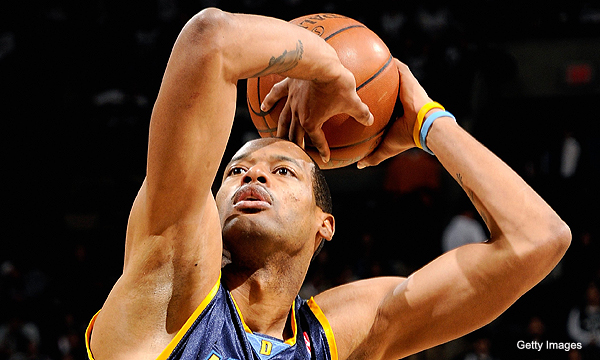 That was some time ago. And, I do firmly believe that this mentality is shifting in the NBA – both amongst basketball players and the front office staff. It’s evidenced by the increasing number of teams that are hiring teacher-types whose sole responsibility is player development. I’m not talking about the over aggrandized former player who is on the payroll and given that title, but the true teacher-coach. There’s more and more of them.

WE STILL HAVE TO TEACH.

We serve our athletes by preparing them to play at their highest level. We still have to teach – even if it means the temporary inconvenience that comes from a dip in immediate performance. “It is possible for an athlete to perform well even when poor form is used,” as Cook has said.

Breakdown, when it comes to technical skill, comes when that athlete is no longer able to be effective and efficient in their play as they move to higher level of performance.

Good, at one level, can often be the enemy of great, at another. Have a clear vision as a coach, of what is required of athletes to perform beyond your level of play.

I had a basketball coach call me, as have others, not particularly happy that I was encouraging other coaches to go out there and work on the shooting mechanics of one of “his” athletes. He said we were “messing” with the kid’s confidence.

When you relearn a new movement pattern or are retraining habits, there’s inevitably a drop in performance at the outset. This is true in any endeavour. As a result, an athlete’s confidence in performing that skill in a new way will not be (as) high. And, it shouldn’t.

Besides, I don’t want a bad shooter to be confident! They just end up taking bad shots. (That’s another conversation).

Coming back to that same run in… I wouldn’t have “messed” with that kid’s shot had two things not happened: (1) He told me he aspired to play for the senior national team and professionally overseas, and (2), he asked for feedback and help.

That coach, you see, was focused on that athlete ‘winning on Friday’; or winning a state/provincial championship. The athlete had BIGGER future plans. Unfortunately, the athlete’s aspirations and those of the coach, differed.

Teach… the best always want it.