On Defense: Do You Have A Plan?

DEFENSE… It’s a favourite teaching topic of mine because. To be honest, it’s the one thing that I could do, as an athlete, as an all-the-time, every-time thing. If you watched me play, the one thing you could count on me for, was defense.

[I’m sure I have teammates that will go to their grave saying, that’s all I could do! …In a way I’m being a little self-deprecating with that last line; however, it’s also something that I take great pride in. And, as I tell athletes: The things you take pride in, are the things you do well!]

So, that’s my bias… I *love* defense and tenacious defenders. I have an unbridled enthusiasm for all the subtleties, nuances and “tricks” that make the great defensive players, great.

Former Princeton head coach, Pete Carril, once said that defense is played first with the ‘head, then the heart, then the legs.’ I’ve always relished this thought. As a result, I’d argue that a great defensive player, has just as much basketball intelligence as any great offensive player. In fact, if you really got me fired up, I’d go so far as to say that it takes more of a basketball IQ to be good on defense than offense.

You see, to me, there’s an intuition, instinct and mindset that great defensive players develop. It’s a way of thinking that requires one to be a student of the game, understand movement, action-reaction, body balance, human psychology, angles, salesmanship, and be great and coming up with a strategy or plan of attack that varies based on their opponent; or, even within the same basketball game, a strategy that varies based on time-and-score against that same opponent.

When teaching man-to-man defense, I continually ask the athletes (before they take a rep) in any of the drills in our defensive progression: “Do you have a plan?”

Most will pause. Think. Shrug. Then shake their heads as if to say “No, I don’t.”

In turn, I require them to come up with a plan before they can start.

To be honest, I don’t really care what their ‘plan’ is. All that matters to me, is forcing them to pause, assess, and come up with a defensive plan of attack when going up against any offensive player. My objective is to force them to devise some strategy that they can use; as opposed to going in blind at the whim of the offense.

Most basketball players do not have a defensive plan (unfortunately).

How Does A Basketball Player Create A Defensive Plan?

Allow me to share a very basic framework for helping athletes come up with an individual defensive ‘plan of attack’. Here are some questions that a basketball player should ask themselves:

Who am I guarding?

Who are my teammates? And, who are they guarding?

Now, once a basketball player has an awareness of these factors, they’ll then need to determine how best to start to incorporating their individual strategies and tactics into their team’s defensive strategies.

How Did You Get Beat? 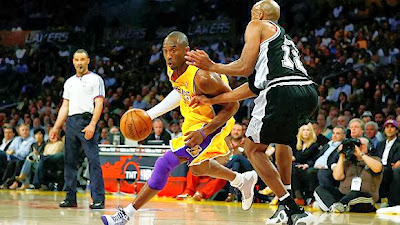 It’s one thing to have a plan. But, as they say in the military, your plan is only valid until it’s put in to play. After that, you must be prepared to assess and adjust.

To me, the question good defensive players continually ask themselves is: How did I get beat?

Or, if they got a stop: What specifically did I do that led to that stop?

The best thing to do is develop a LAST-THREE-NEXT-THREE MENTALITY. What happened on the last three defensive possessions (trips)? What needs to get done on the next three?

Remember, players with a high defensive IQ are constantly assessing. To borrow the phrase: If you’re not assessing, you’re guessing!

Good defense in basketball is not guesswork. It’s preparation, planning and improvisation. It starts in the head by making a commitment, moves to the heart where the best develop a pride and passion for it; and then, the ‘legs’ and body follow suit. If it happens the other way, as it does for so many players, they learn to dread it.

So, what’s your opinion? How do you develop defensive intelligence?

BTW – I’d be remiss if not to mention that on a foul call, the most effective defensive players are always asking themselves: “What can I do differently to make that play look like it’s not a foul?”

[This might generate some controversy… but, the best defensive players, in my opinion, foul far more times than what gets whistled for a foul. This is definitely an advanced concept and not one to offer up at the younger age group athletes.]

#thankthepasser: Zach – Thanks for the question and providing the inspiration for this post. Hope that helps to answer your question. Keep up the progress!