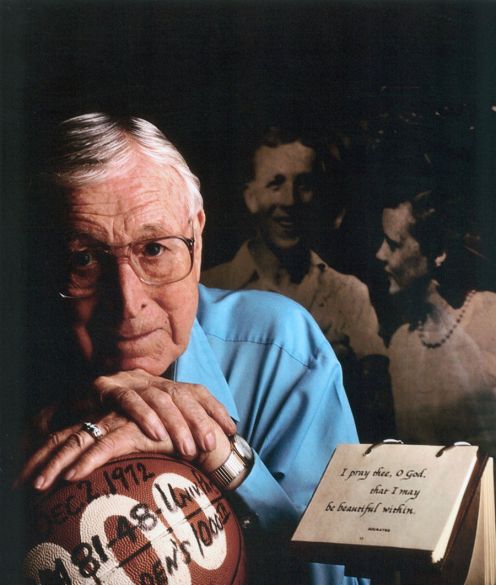 March 15, 1963; Provo, Utah — Arizona State defeats UCLA 93-79 in the first game of the NCAA Western Regional Tournament . . . and the final score made the game sound closer than it was. Arizona State was leading 62-31 at halftime.

That season was John Wooden’s 17th at UCLA; that appearance was his fifth NCAA tournaments. And in those tournament games, he had a painful record of only three wins and nine losses.

But something was different about this particular game. Coach Wooden had just added a new dimension to his defense: a full-court 2-2-1 zone press that was designed to force teams to shoot the ball quickly. It had worked to perfection in the Arizona State game; the Sun Devils were forced over and over again to shoot the ball quickly. Unfortunately for UCLA, they couldn’t miss a shot.

But Coach Wooden liked what he saw.

The final score did not discourage Coach or cause him to panic because of his philosophy: “Success is peace of mind which is a direct result of self-satisfaction in knowing that you made the effort to do the best of which you are capable.”

To break down his point further, Coach Wooden included some explanations of how this philosophy of success applied to his overall approach to coaching:

Coach Wooden said that although Arizona State had broke the press quickly and shot the ball extremely well, he liked the effect that the press have had on them. He thought Arizona State had just had a great day shooting and they would’ve been equally effective against whatever defense he had played. In spite of the score that came down against his own team, Coach was very pleased with the way the 2-2-1 press sped the game up. He decided that, in spite of the loss, he would keep the 2-2-1 press and bring it back the next year as the primary activator of his defense.

March 20, 1965; New York City: The best high school player in the country, Lewis Alcindor (later known as Kareem Abdul Jabbar), watches the telecast of UCLA winning their second consecutive National Championship defeating Michigan 91-80 using their now-famous 2-2-1 press to speed the game up. Alcindor decides UCLA might be the place he wanted to play because he liked their pressing/fast break style.

March 31, 1975; San Diego California: UCLA defeats Kentucky 92-85 to give John Wooden his 10th National Championship in the last 12 seasons. Since that loss at Arizona State in 1963, Coach Wooden has now enjoyed a record of 44 wins and one loss in the NCAA Tournament. This includes seven straight National Championships and 38 consecutive wins in tournament games – and the 2-2-1 press had been a key ingredient.

It’s lucky for UCLA fans that John Wooden’s definition of success prevented him from joining that club.

“Not all change is progress, but there is no progress without change.” 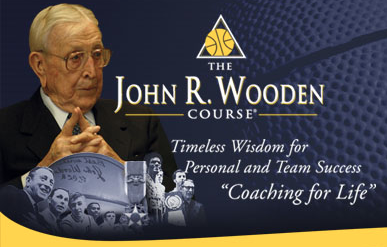 #thankthepasser — If you enjoyed this excerpt of Wooden’s Wisdom, then sign up for “personal weekly e-coaching and mentoring from America’s greatest teacher/coach.”