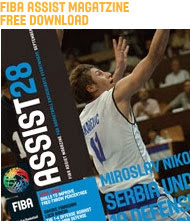 I try not to make too many bold-faced assertions… BUT, I’m going to.

FIBA Assist Magazine is by far the *best* basketball publication that I’ve ever seen!

It’s content laden and without any annoying ads dominating its pages. Better yet, it seeks to give a varied opinion of global perspectives on the game of basketball (i.e. NBA, NCAA, Euro, international, developmental coaches/systems, etc). Did I say it’s marvelous?

Disagree? Great. Drop a comment with your reco’s on better resources available out there; whether it’s print, web, etc. I want to know about them… and, I’m sure others do too.

Visit the FIBA.com site now and start downloading. Be warned, the files are big monsters at about 40MBs each. They’re worth every bit and byte though.

A couple things to highlight…

FIBA Assist Magazine asked some of the top European National Team and club coaches from different countries their thoughts on the possible rule changes. Here were the questions…

Really interesting to read the various rationales in each response. 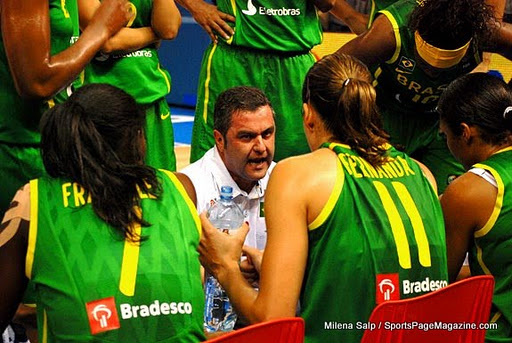 Answers to Q’s #1 and #3 jumped out to me most because of the ongoing debate that has taken place in Canada as we’ve moved away from NCAA (Federation) rules to adopt FIBA rules. Especially intriguing to me were the coach’s take on players being able to call time-outs on the court. Here are some of the responses:

Having grown up as an athlete being allowed to call a time-out when being pressured or to save the ball during an out-of-bounds scenario, I quite liked it. (Not that I knew, at the time, there were other rule sets being used in other parts of the world.)

I should qualify that comment as well by saying that I liked that rule when I was in trouble. As a defender, I HATED that an under-skilled team or player could bail themselves out by calling time-outs. Two sides to the equation there too, I guess.

Now, as I’ve shifted my focus over the years to becoming a teacher-coach, and have been exposed to FIBA rules, I like it. I like it a lot.

Understand that if my team or an athlete within my team is unable to say break pressure, then I as a coach have failed to prepare them and develop their skill set and decision-making sufficiently. I haven’t done my job.

I shouldn’t be allowed to save them with the crutch of a time-out. Instead, the challenge is on me to prepare them in advance of the game; that is, to do my work early and then allow them to put that preparation to the test.

The game, to me, was never meant to be dominated by coaches making last minute tactical manoeuvring with time-outs. It, to me, was meant to be athlete-driven and an expression of the sequential randomness that comes from move, counter-move. In-game decisions that occur on the fly.

The use of a time-out by Nash in the backcourt when facing pressure would be parallel, in other sports, to Tom Brady calling a time-out before being sacked by a defensive lineman; or, in track and field, Maurice Greene (US 100-metre sprinter) calling for a stoppage in the midst of the race!

Can you imagine in soccer a defenseman foiling a high quality attack by signalling to the ref for a time-out just before Ronaldinho pokes the ball free before what could be game winning goal?

It would be absurd.

I think basketball is the only sport where a player can whip out an advantage by the opponent during live play.

Just because we’ve done it that way, doesn’t make it right. Or, optimal for athlete development. We must endeavour to increase our athlete’s capacity for decision-making on both the offensive and defensive ends.

Similarly, as a coach, you really have to be on your game and have an awareness of flow when administering your time-outs through the scorer’s table. It is quite the learning curve for us as coaches too.

All done for now. Back to finishing off a few more articles from Assist…