Lessons From The Australian Institute Of Sport

As many of you know, for the past few years I’ve been involved in a program with Canada Basketball called: Centre For Performance (CP). The directive of this initiative is to identify and development young athletes – ages 12-18 – that demonstrate the ‘potential to one day represent Canada on its age-group and senior national teams.

Well, as in many performance-driven environments where talent identification is involved, much discussion stems from varying perceptions or definitions of “potential.” 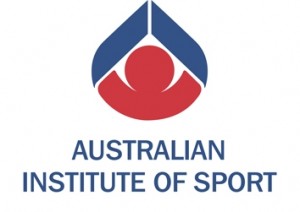 Murray Clarke, head coach of the U19 men’s team, is also the head coach of the Australian Institute of Sport (AIS). For the past 25 years, the Aussies have been ID’ing athletes (both men and women) to receive a 1-year scholarship to their sport school. These athletes move to Canberra, live, study and train with high performance coaches.

It’s a significant financial investment, as you can imagine. And, as such, in order to get a return on that investment, athlete selection is of extreme importance.

Coach Clarke presented on their athlete selection criteria at the Futog (Serbia) coaching clinic. Here’s what they’re looking for in terms of general characteristics:

At the AIS, they understand that not all the participants have these qualities upon walking in the door, but what they’re seeking to identify is those with the greatest threshold for improvement in those areas.

At CP, we too aspire to identify athletes with a similar make-up. Interestingly though, we’ve also explicitly added to that list: “athletes.” They have not.

In watching the Aussies in action, you can see the benefits of a centralized training program. They are very skilled. They play as a team. They are tough-minded and avoid emotional highs and lows (something they pride themselves on as a part of their national identity.) They are WAY further along in terms of running their ‘stuff’ – other than France Basketball who also has its own centralized program called INSEP. This Australian team, which has eight (8) AIS athletes, has played together for just over 2-years! They are good.

What are they missing that we have in Canada? Athletes. They just don’t have the horses, so to speak. We do.

One of the benefits of living in a multi-cultural nation, that historically has embraced immigration, is we’ve attracted immigrants of all genetic backgrounds. Really, Canada is unlike most countries in that we have the pick of the lot.

Our Canadian basketballers (to borrow the Aussie term), to me, are better than most overall in categories of athleticism. We have the option, opportunity and obligation to select athletes, and here’s the key, WITH length.

The French have gone so far as to identify, recruit and nationalize kids from French colonized African countries and French Caribbean islands. Take a look at France’s national team roster and the basketball players in the NBA in recent years: Ronny Turiaf, Mickael Pietrus, Boris Diaw, Yakhouba Diawara, Mickael Gelabale. (As I write this now, one of the kids from France sat down beside me in the computer lab. He’s a legit 6’7″, long with square shoulders.)

Develop A Style Of Play

Any nation that desires to compete on the international stage needs to formulate a long-term development strategy that filters into a national ‘style of play.’ I’m not necessarily advocating uniformity, as much as I am for continuity. That is, curriculum, terminology, decision training in the development years, among several other things.

Communication and buy-in to this strategy is of the utmost importance by coaches and key stakeholders … in addition to a significant investment in coach development.

Coaches need to understand where they fit in. As a CP coaching team, our job is to ID kids with potential. Many of those kids are what we call “late-maturers.” Often, I know we’ve done our job well when I hear the average high school basketball coach say, “What the…!?,” when he sees who we’ve selected. Why? Because it would not be a kid that would get developed in the Canadian high school or club (AAU) system. Because their focus is on winning, now. On getting that next championship. And, that’s okay. In fact, it’s important. Ours, on the other hand, is development. People chosen in a national coaching development pool, need to understand that. For many, it will require a change in the ‘hat’ they wear day-to-day. And, a shift in what and how they teach.

You’ve Gotta Get The Horses

Identify and develop with a long-term focus. Allow me to inject a proviso here… there are many different types of “athleticism”. To be frank, some equate athleticism with “black” athletes. You hear it all the time. But I don’t think that’s the case. (Shoot… my teammates will tell you that about me. Grounded!)

Nigeria, at the U19 World’s, had a very athletic team. In their case, I thought they were the quickest off the floor on their 2nd, 3rd and 4th jump for a rebound. That to me is kind of athleticism different from USA Basketball’s team, who to me, were the most athletic in a straight sprint end-to-end. But, so too were France, the Argentine guards, the Spanish small forwards, to mention others.

As development coaches, we must endeavour to define or redefine this loosely used term athleticism. And, then teach our coaches what to observe so we’re assessing talent with a similar set of eyes, using a shared language.

THE CANADIAN STYLE OF PLAY: YET TO BE DETERMINED

I believe in Canada we already have, to continue the analogy, the pedigree of horse that will allow us to compete in the upper quintile of the top 25 in the world. We’re starting to ID and select more strategically, I think. Yet, there’s still a ways to go.

One thing holding things back is that (historically) at each age-group level (e.g. U15 to Senior Nats) coaches have done their own thing. In turn, kids are moving up the ladder having to relearn new terminology and another coach’s “sets.” We have yet to lay out and determine a national style of play that will optimize athlete development and performance at the highest levels of play.

You can see it.

Others in FIBA have commented on it; one saying: ‘You guys have good athletes, but they lack the overall skill.’

I’ll expand on that to say we have progress to make in decision training. We’ve done a good job of developing habits. The quantum leap will occur once we start developing vision, anticipation, and game sense (i.e. instincts and IQ).

I’m very excited about the future of basketball development after this world championship. Many eyes have been opened or widened coming out of this week. Both, among the coaches and also several of the athletes. There are some good questions being asked as a result.

One of the questions, you as a basketball coach can ask of yourself is: At what level am I preparing my athletes to play at? I believe that many of the answers to ‘when,’ ‘why,’ ‘what’ and ‘how’ you teach will then be challenged. Let me know what you come up with. Always willing to listen and learn.

Here’s to being a part of the solution… cheers!

Canada beat China in overtime yesterday, so our guys have advanced to play Lithuania this afternoon to determine the ninth and tenth placement in the world. This will be a good test against a very good Lithuanian team. Go Canada!