A Letter From Isiah Thomas

Growing as a kid, I was a HUUUUUUGE(…!) Isiah Thomas and Detroit Bad Boys fan. I had pictures of Isiah, Joe Dumars and Vinnie ‘The Microwave‘ Johnson plastered all over my room. And, I even modeled my game after Zeke. 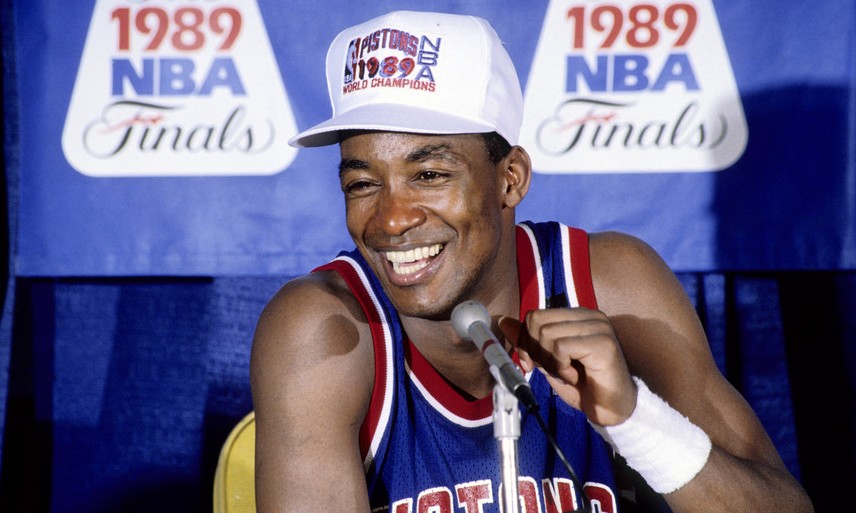 My career in professional sports, in a way, followed Isiah’s path too. Like him, I was in Detroit with the Pistons and then moved on to the Toronto Raptors (where he served as General Manager for the team).

Our paths never did cross and I’m quite comfortable to say that aside my childhood admiration, that’s the extent of our similarities(…!).

Well, I recently stumbled across a letter he wrote to the Toronto Raptors players at the start of his tenure as GM. It was emblazoned on a 3×5 foot sign and put up in the locker room. With his ousting from the team, it was tossed out. I managed to scavenged it from one of the storage rooms at the Air Canada Centre before it made it into the garbage.

“As we go through the season of ups and downs, let’s keep in mind what we are trying to accomplish. The goal of this organization is to win the NBA championship. That stated fact sets the course of our direction. Those of you who can dedicate themselves mentally and physically and are willing to make the commitment to become champions will one day wear a ring.

What we are asking you to do is not easy. If it were, everybody would do it. It takes a special person to accept the challenge of excellence. It goes beyond practicing two hours a day. It is more than a shoot-around on game day. It is more than getting paid for a job that is not well done. It is a willingness to be in the best physical condition of your life. It is a commitment to go beyond the skills you currently possess. It is a relentless desire to be simply the best. That desire becomes a passion that is insatiable. It becomes your focus, your purpose. It defines your every thought, your every breath. It becomes your obsession.

Purpose, focus, commitment, excellence, dedication and sacrifice. Those who are man enough to accept the challenge will find that life has new meaning. Practice will not be something that Coach makes you do. It will be a chance. Another day to get better, to get ready for the ultimate challenge of your life. There will be nothing in your lifetime that can compare to the challenge you are about to embrace. Some of you won’t make it. Some of you can’t take it. There will be some of you who will try to hold the others back because you don’t want to pay the price. Those of you who are willing, don’t let false friendship or foolish pride stand in your way. Don’t be afraid to commit.

Anybody can lose. It doesn’t take much to give up. Very few people win, because it is not easy.

Good luck and my God be with you.”

Maybe I’m biased, but those words still get the hairs on the back of my head to stand at attention.

And, in spite of his missteps, the man is quite charismatic.