Back On The Rock 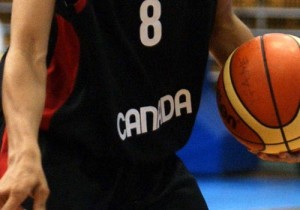 … (a.k.a. the Cayman Islands) after having been back in Canada these past few weeks.

One of the reasons I was there was for Canada Basketball’s Centre for Performance (CP). They’re are up and running across the country and we hosted the men’s and women’s CP head coaches in Hamilton, Ontario, for our annual Head Coaches’ Meetings. Productive time spent sharing ideas on athlete development.

My personal takeaway from leading those meetings: “To know and not to do is not to know.” It’s a Chinese proverb that came back to me as I did a personal debrief.

Sam Gibbs (head athletic trainer for the Canadian Sr. Men’s National Team) came out to the CP meetings to talk about athletic development with our coaches. He did not disappoint… actually, to say he stole the show would be putting it mildly. A couple of thoughts coming out of his presentation:

I also had the opportunity to watch some women’s university basketball games in Toronto. When I watch games, I try and go in with a specific focus. Sometimes it’s looking for specific tendencies (e.g. watching how a team flows into or out of offense/defense); while others, I isolate my focus to narrowly observe small nuances of athletic movement (e.g. pivoting, plyo steps, shot release points, etc.). And then, there are times when I know I’m in a gym that allows me to get right behind the teams’ bench and listen in on the huddles and observe athlete interaction. As a development coach, I don’t necessarily get off on great sets being drawn up. I appreciate them for what they are. What gets me sitting on the edge of my chair is seeing how a coach draws out higher performances from his or her players.

Well, knowing that Ryerson University (in Toronto) is the perfect gym to get in on the huddles, so to speak, I did just that during the championship game between the University of Windsor and Calgary University. I split the game spending one half behind the Windsor bench and the other behind Calgary. Both head coaches did a wonderful job of managing their players, managing the game, instructing for individual improvement and, most enjoyable, beginning the process of creating a team mentality that I think will pay big dividends for both teams as they head into their respective playoffs.

By example, one coach said to her team: “When we’re struggling on offense and the ball is not dropping, what else do you bring? That’s what this game comes down to.”

All in, I had a great time catch up with friends and fam, meeting with the PGC leadership team, and finally, spending the weekend at Durham College for the boys CP Ontario centralized training weekend. Thanks all!